Referring to the cradle producing natural talent, it is necessary to mention Brazil. This country has an extremely developed football background with many significant achievements in the international arena.

In fact, Samba has never stopped playing football genius. The names of the players from Brazil have always been sought from many clubs around the world. In today’s article, we will give you names that were once legendary.

Dubbed the “Football King”, Pele is the best player of all time. His football talent soon became known to the world. 15-year-old Pele made an impressive debut at Santos Club.

At the age of 16, Pele was named on the national team list. A year later, the Brazilian football prodigy won the World Cup. He was also the youngest player in World Cup history to receive this prestigious award.

Throughout his great football career, Pele has scored more than 1,000 goals. He is also the only player in the world to win the world championship three times. To date, no player has surpassed football king Pele to a football record.

Referring to the name of Arthur Antunes Coimbra player, surely many people around the world will not know who. This is not surprising because this legend is famous everywhere as Zico. This player was called by fans as “White Pele”. And also according to Pele’s comment, Zico is the most prominent name since his retirement from football. 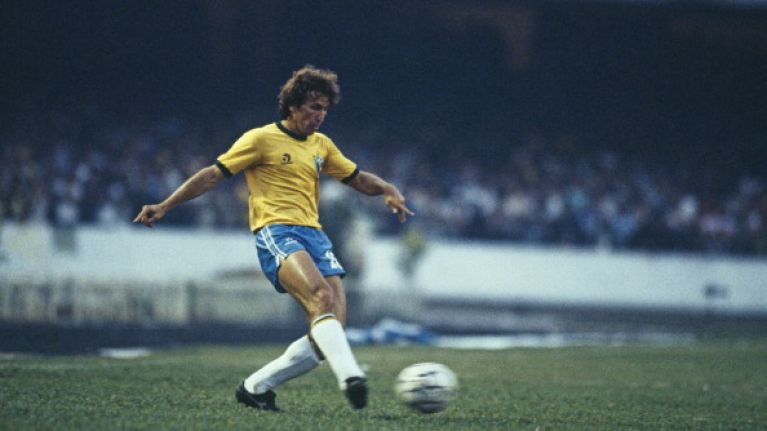 The legend Zico started his football career at the age of 18. He spent most of his peak in Flamengo in Rio de Janeiro.

Zico has participated in three World Cups in 1978, 1982 and 1986. The total goals he has scored for his team are 66. He has never won a World Cup, but he is still considered one of the best players in the world.

In the 1990s, all the defenders were terrified when they heard the name Romario or the nickname “Dwarf”. Romario started his career as a player when he was 19. Possessing innate football talent such as speed, technique and dexterity, he quickly gained worldwide fame.