Towards the goal of attending the 2022 World Cup, Chinese football is strengthening the national team by naturalizing foreign players. According to Sohu, four Brazilian players including Gao Laite, Alan, Fernando and Aloisio have been granted passports to become Chinese citizens. The national football championship of the Super League now has 9 naturalized players.

However, among these new players, only Aloisio is eligible to play for the Chinese national team. According to FIFA regulations, naturalized players who want to play for a team must have at least 5 years playing in that country.

Gao Laite and Alan arrived in China in January 2015 and will have to wait until January 2020, while Fernando will arrive in July 2020. According to Sohu, Gao Laite is the player who has received the most expectations when receiving the Super League title of excellence in the past two seasons. 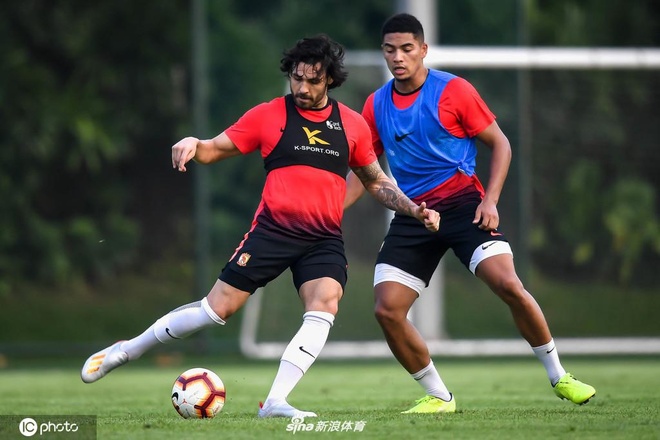 The Guangzhou Evergrande player plays as a central midfielder, able to improve the attacking power of the Chinese national team. This Brazilian striker scored more than 20 goals per season.

“At the moment, the team’s attack is Wu Lei, Elkeson and Yang Xu, but coach Marcello Lippi looks forward to the combination of Gao Laite, Wu Lei and Elkeson to create the strongest attack in Asia. It is a guarantee. for the team to the final qualifier, “Sohu said.

In the match against the Philippines on October 15, the Chinese attack proved powerless in front of goal by goalkeeper Neil Etheridge. Lippi’s army launched 35 shots but failed to score a goal and accepted a 0-0 draw.

As planned, the Chinese team will reunite on November 3 in Guangzhou, in preparation for an important match against Syria in the Asian World Cup 2022 qualifier on November 14. Chinese media were disappointed after the teachers and coach Marcello Lippi were held by the Philippines in the fourth round of the 2022 World Cup qualifying round in Asia on October 15.